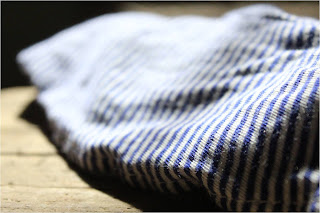 This past weekend was a cold one here. The warmest spot in the house was in my studio with the sun streaming in through the window. The sun also was shining on a stack of clothes that have been in the lineup for a few upcylce projects. 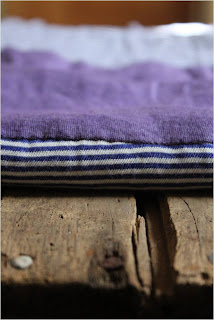 This striped  T-shirt was calling out along with some purple fabric that was left over from another project from last summer. Wanting to use the striped shirt as the primary fabric for my scarf, I trimmed along the seams and removed them along with the sleeves, leaving the front and back of the shirt without any seams. 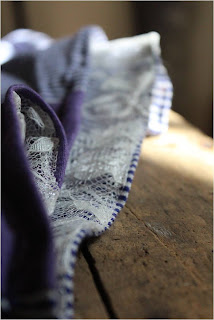 Luckily there was a panel of the purple fabric too, which helped add some length to the scarf. Each of the panels were trimmed so that they were the same length. 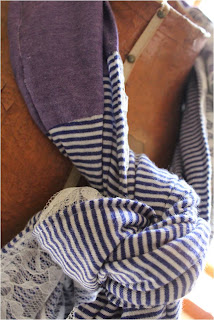 Once the three panels were sewn together [with a large break in the middle to fix the sewing machine – thank you to my husband], I trimmed out a piece of long lace I had to match the width and length of the T-shirts and sewed that onto the T-shirts. 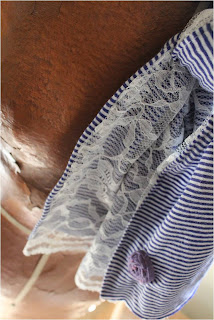 It added a nice soft feminine touch along with a little rosette that was hand sewn on at the end using a thin piece of T-shirt, rolled up. And now, lovely readers, I am ready for spring!