July 9, 2012
Boy oh boy, it’s been less than a week and it seems like ages since I’ve stopped by. Time sure does have a way of changing when you’re not working. While I was off, I managed to tackle this rags to ‘riches’ project — an upcycled skirt made from old t-shirts. Three t-shirts, a sewing machine and some creativity was all I needed to make my this lovely. 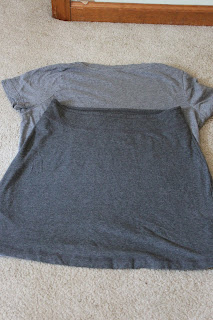 The first t-shirt was about two sizes larger than what I normally wear. Minus the top half of the shirt (arm and collar portion), it was the same width and length as one of my favorite jersey style skirts. 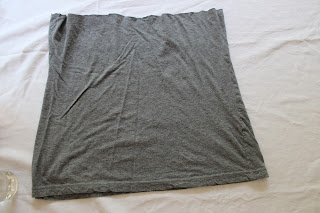 After identifying the base part of the skirt and cutting off the top half, picking out a couple of old shirts I was willing to cut up was up next. This was literally the hardest part, but quite therapeutic. 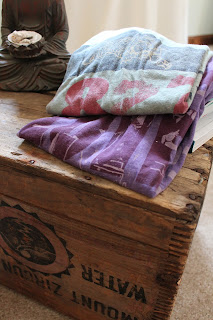 I started by trimming off the collar and arms, cutting down the seams on the side and cutting the shirts into two inch strips. 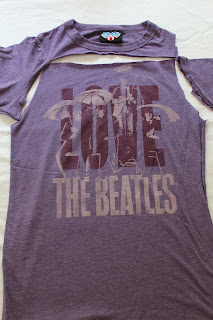 The strips were then used to decorate/design the skirt. Before I was certain of where I wanted each piece, I kept them in place with pins. Before sewing them on though, it was helpful to use Stitch Witchery to keep them in place. The same tactic [ha ha – great pun] was used for the doily. 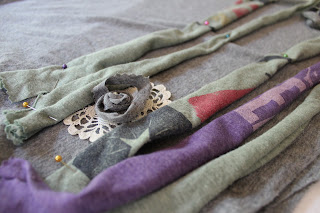 It simply was not complete until I was able to add a couple of extra detail touches, such as the flower pocket and tag. The pocket had originally been cut off one of the t-shirts, as well as the tag. The flower was a piece of t-shirt as well rolled up and hand sewn on. 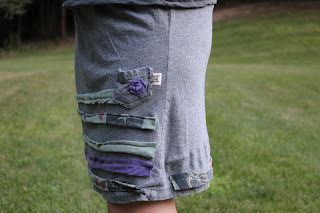 Elastic was sewn into the top potion of the shirt, and my rags to riches project was complete! This was a great project for me to become one again with my sewing machine, mainly because I was able to follow my own pattern and the fabric was somewhat forgiving to work with. 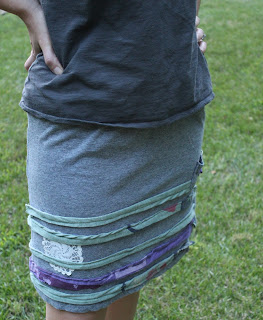